Kate Forsyth, is a 24 year-old research psychologist who recently graduated from the University of Glasgow. She shares with us her personal views on Scottish independence ahead of the referendum to take place in Scotland on 18 September 2014.

Democracy International: Do you already know what you are going to vote? What are the reasons for your decision?

Kate Forsyth: For most of the ongoing independence debate I have been unsure of how to vote. Initially I was very much against independence as I love being part of the UK. I identify with British traditions and culture and am proud to have contributed to that over many years. I have many family members and friends who are English and Northern Irish. I had never considered my quality of life as being poor because I was part of the UK. However, in the last year I have left university and have begun to pay tax. Soon, I will move out of my family home and in the future I will hopefully become a clinical psychologist.

Initially I didn’t think that many of the issues in the debate affected me, however the more I have read, the more interest I have gained. There have also been a lot of contradictions from both sides in the debate and I want to gain a fair and unbiased opinion of what will benefit both me and the country I live in. In particular, the effects of independence or being a part of the UK on the NHS Scotland are of great interest to me.

Which issues of the debate concern you?

Paying taxes, and continuing my education are important factors in my future and who I vote for in the UK government as well as what I vote for in the referendum could have a big impact. I am very attracted to the arguments put forward by the Yes campaign the more I hear them, and I have definitely been swayed from my original decision to vote no. I think it's particularly important to look after our health service. The NHS is currently undergoing some privatization in England, and in coming years I'm afraid that the budget cuts to our health service could mean the same might happen to Scotland unless we gain independence. In particular, I am against having nuclear weapons on Scottish soil, something which I believe would change in an independent Scotland, and I am aggrieved to think that Scotland would continue to be governed by parties we haven’t voted for in UK government. Overall I will make a balanced decision and it is possible that I wont fully make up my mind until the day of the vote.

Are you afraid of the consequences?

I am slightly afraid about the economic consequences of an independent Scotland. Will our taxes rise, and by how much? Will public spending be as plentiful as it has been? Will we keep the pound? Having now left university and begun work, these are new concerns for me and I am unsure of how they would affect me over the next few years. If we do stay as part of the UK, will Scotland receive any more powers? Will we have more say in which parties are elected into power in the UK? There are many things that I am trying to understand a bit better before I decide on my vote.

Will the outcome of the referendum have any affect on your life?

Living in an independent Scotland would almost certainly affect my life. I cannot possibly know for sure whether it would be for the better or worse, and at what point it would be beneficial or not. I feel very excited and privileged to be part of such a decision.

Marcus Buist, a 19-year-old man from Scotland, shares his opinion about the upcoming independence referendum with our intern Nimet Karavelioglu. The...
Mehr
"I'll vote with my mind and heart" 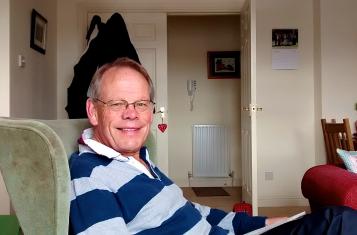