Direct democracy is becoming increasingly popular in the form of peoples’ initiatives and referendums. It’s also being preached by populists both on the left and right of the political spectrum, but they generally have no idea what it really means, writes Bruno Kaufmann reporting from the conference "Reclaim Democracy" that took place from 2 to 4 February in Basel, Switzerland.

"Denknetz" had organised the event, read a portrait of the Swiss think tank here.

A coalition of rightwing populist parties in the European Parliament is very clear about what they believe in - they call themselves the Alliance for Direct Democracy in Europe. The German far-right party Alternative for Germany is even more unambiguous. “We want to introduce direct democratic rights, in accordance with the Swiss model”, they state in their party literature, while pushing for closed borders and a very restrictive asylum policy.

‘Power to the people’ is also preached by democratically elected autocratic leaders like US President Donald Trump or leftwing populists such as Greek Prime Minister Alexis Tsirpas or the leader of Spain’s leftwing Podemos party, Pablo Iglesias.

Over the years, numerous dictators have claimed that they represent and embody the will of the people. The latest is Turkey’s president, Recep Tayyip Erdogan, who recently declared: “(I) the people demand a return of the death penalty”.

It should be easy to tell the difference between authoritarians and the people. After all, populism and direct democracy are not really that close; they are not even related.

“Populists should not promote genuine direct democracy, as they want the contrary to a participatory democracy,” Frank Decker, a professor of political science at Bonn University, declared at a recent conference in Basel, Switzerland.

“In a modern direct democratic system like Switzerland, everything is based on deliberation and compromise. Meanwhile, true populists are not very interested in such cumbersome decision-making.” 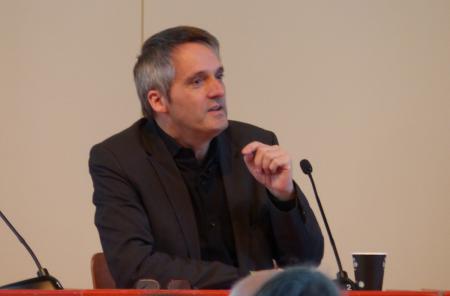 The professor, who has researched populism and democracy in Germany, was one of 1,800 participants at the recent Reclaim Democracy conference in Basel, held in early February.

Do not confuse plebiscites with referendums!

At the conference a number of speakers agreed that popular votes on major populist issues represent a top-down form of plebiscite. Here autocratic leaders can simply trigger such a vote, as former British Prime Minister David Cameron did in early 2016, leading to voters’ decision to leave the European Union.

While Cameron may not have been a typical populist, his method of using the referendum in a plebiscite-style was typically populistic — a bid to gain cheap points with the electorate while bypassing parliament. But it didn’t work.

The use of top-down plebiscites has created a setback to the global appreciation of direct democracy.

Established parties and institutions have started to reject a more participatory approach to governance because they confuse such plebiscites with citizen-initiated laws and amendments, and new participatory processes.

The American think tank Freedom House, which has been a supporter of active citizenship and participatory democracy for years, now says a more frequent use of referendums may signal “an end game for modern democracy” in many countries.

Another traditionally liberal voice, The Economist, has also shifted from having a very positive position on direct democracy to being very negative. These critical voices are understandable but they are as misleading as populists on the left and right.

In his Basel talk, Decker – who unfortunately never offered a clear distinction between plebiscites and referendums – stressed the need to properly understand what citizen law-making really means.

“It is not about people making laws directly, but understanding the conversational character between institutions and citizens in a modern democracy,” he said.

In Switzerland, citizens are able to put any amendment of the nationwide constitution to a national vote, while it is parliament’s job to write the laws. Ultimately, citizens can oppose these laws in a popular referendum, but “they are not the ones who draft the laws”, said Decker.

By Bruno Kaufmann, editor-in-chief of people2power.info. This article was also published by swissinfo.ch here.

Read an overview of the "Denknetz" that had organised the conference here. 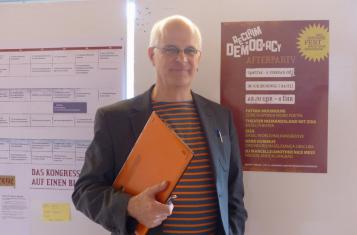 "We must think together to develop political expertise!” This is the core commitment of the Swiss think tank Denknetz, which organised the Reclaim...
Mehr