and for detailed info about the itinerary, schedule and registration

Why do you and Bruno Kaufmann organise the "Big River of Democracy Tour" through Kansas, Missouri, Arkansas and Louisiana? What do you expect from the journey?

It's all a scientific experiment to see how much barbecue Europeans can eat.

More seriously, with the U.S. briefing tours, we've always tried to go to new places and states where we haven't been before. We've done multiple briefing tours in the four big initiative states -- California, Oregon, Arizona and Colorado -- so we didn't want to repeat that. Two years ago, we went to three big, populous states in which direct democracy interplays with the presidential election -- Michigan, Ohio and Florida. This time, we wanted to get to states with strong traditions of direct democracy that we hadn't seen. So we'll all be learning things for the first time and making new contacts for Democracy International and the Global Forum on Modern Direct Democracy.

From your Californian and a political perspective, what is special about these states in the mid-south of the US?

I just say that as a Californian, I almost never think about these states. They were part of our history - a number of Californians trace their roots to this region of the country. I'm no exception. My mom's family came West during the Dust Bowl from Oklahoma, which borders both Kansas and Arkansas, and my father's father was born in St. Joseph, Missouri.

Politically, each of these states is very peculiar. Kansas has a very important and special political history, and in recent years, it's been criticized -most famously in Thomas Frank's book, "What's the Matter With Kansas?" - as a place that has departed from political norms. This November, Kansas may be the most important state politically in the country, with its U.S. Senate race determining which party controls the Senate (and also whether a very conservative governor can survive an independent challenge). 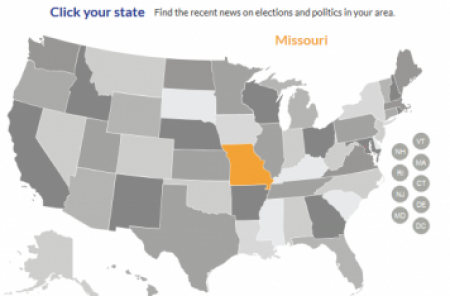 A screenshot of ballotpedia.org, capturing all ballot measures in the US

Missouri, the Show Me state, has been a swing state in presidential politics until recently, and it is a place where different peoples and perspectives meet and clash. We'll be in Kansas City, on the western side of the state, but will also drive through the Ozarks and see other parts of the state.


Arkansas is an outlier as a Southern state, as Democrats held onto power there far longer than elsewhere. That has changed, and this November, the last Democrat representing Arkansas in Congress may well lose. But we're going there to learn about ballot measures, and you couldn't have a better guide than Paul Jacob, who is quite simply the most successful direct democrat over the last generation (and I say that even though we disagree on one of his his major issues, term limits).

I don't know where to start on Louisiana. It too is an outlier, a place without statewide direct democracy, with a hardearned reputation for political corruption and a governance system that is very different than that of most U.S. states.

Which measure on the ballot in those states interests you most? Why? Which one is most controversial?

I am most intrigued by the early voting measure in Missouri. It's been a big battle across the U.S. in terms of how many days and under what circumstances you allow voting before election day. I can't say I understand the battle, given that turnout is declining everywhere. In California, we haven't had the fight because our turnout numbers are so low, everyone recognizes that you need to allow people to vote when they can.

In Arkansas, I'm eager to hear from Paul Jacob about the term limits changes, and about a measure that seeks to create more time for circulating direct democracy petitions.

The interactive almanac of voting in the US, Ballotpedia, writes: "The low number of initiatives [in 2014] may be due to the dozens of regulations on the initiative process that have been enacted in recent years that make it tougher for initiative supporters to qualify initiatives for the ballot" (see Source here). Do you know, what are those regulations about? What do they stipulate? Is direct democracy in danger in the US?

There's no national regulation of direct democracy in the U.S. so you can' t generalize. Each state and many local communities have different rules. I think it's true that the process has become more contested, and you see people in many states trying to make it costlier and harder to qualify measures. In some cases, you see criminalization. I don't see this as ideological, other than the common human fact that people in power tend to abuse power and limit the people from speaking. You see limits on the process being proposed across the spectrum.

As a Californian, I myself support some limits on the process. Our process is different than other states -- it's the most inflexible, it's basically impossible to amend an initiative -- so I'd like to see that changed, and many people involved in I&R see my view as hurting the process. My view is that direct democracy is like dynamite; if used carefully, it can do very big and difficult things. But if you use it carelessly, you can blow yourself up. We are very good at blowing ourselves up in California.

That said, direct democracy is robust in the U.S. at the local level -- it's fundamentally part of who we were as a country. At the state level, it's more mixed, with about half of the 50 states having it.

It will be interesting to see if any of those activists can walk after eating for a week in Kansas City and Little Rock. All that red meat, and they may have all bought pickup trucks and driven off to Nashville to see if they can make it in country music. 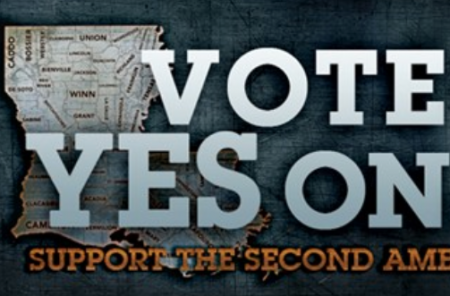 A campaign poster in Louisiana (Photo by Bruno Kaufmann)

More seriously, it will be a good discussion in Louisiana, a place that could use some direct democracy. We'll meet media folks there who have tried to build new things, many of them after the disaster of Katrina, and I'm hoping the discussion can focus less on political campaigns -- which are so often counterproductive and more about how to build civic infrastructure that supports democracy. That's a much broader, harder discussion about how you combine democracy with media, with universities, with cultural institutions, and make it part of communities and the fabric of life.

Joe, Thank you for the interview, I look forward to the trip and dining with you! 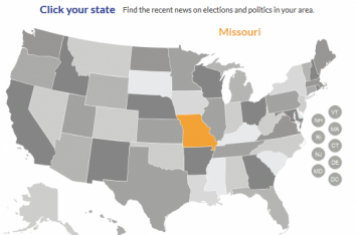 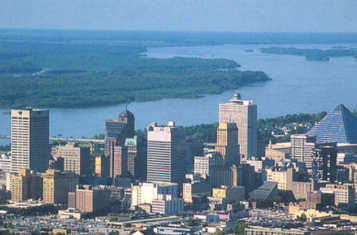 Final call for registrations to the 2014 Big River of Democracy Briefing Tour across the United States! Our board members Bruno Kaufmann and Joe...
read more
On ballot measures in Bill Clinton's home state 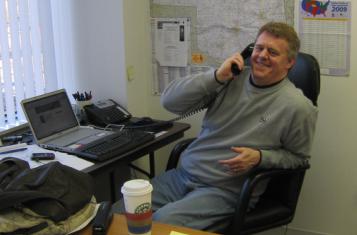 Arkansas is neither vibrant New York nor sunny California. Located in the South-Mid of the US, Arkansas is average: the state ranks 32nd in terms of...
read more