and for detailed info about the itinerary, schedule and registration

Final call for registrations to the 2014 Big River of Democracy Briefing Tour across the United States!

The November 4 elections across the U.S. offer fascinating opportunities to learn more about how democracy works in America – and doesn’t. In the so-called mid-term elections 471 seats at the national level and 6,056 seats at state level are up for election. Elections for governor are being held in 43 out of 51 states. Our board members Bruno Kaufmann and Joe Mathews are going to co-host a Briefing Tour starting in Kansas City on November 3 and ending down in the Deep South a week later – in New Orleans. Join us, you are cordially invited!

As a member of a small group of international visitors, you will get first hand information and unique insights into American democracy and politics during an intense tour to four States: Kansas, Missouri, Arkansas and Louisiana. In these four states, not less than 24 statewide issues are up for public debate and popular vote in November. We will meet with stakeholders from both sides in the campaigns, electoral officials, media representatives and scholars studying all this ahead of, on and immediately after Election day.

Even more interestingly, the November 4 Tuesday will see 146 popular votes at the state level on substantive issues ranging from abortion to gun bans, from parental rights and taxes to minimum wage and voting rights. These statewide initiative and referendums ballots will be complemented by thousands of local popular votes including the right to strike in Anchorage (Alaska), the ”Money is not Speech”-citizens initiative in Berkeley (California) and the tax-rise ballot in Wichita (Kansas).

A visit to four key states

But it is not the mere fact or number of all these citizens decisions that merits our interest. It’s the fascinating dynamics of open democratic struggles about how the context, procedures and practice of democracy in the United States that should make us curious.

As in many other places across the globe, strong interests – economic, ideological and administrative – are pushing back against the free and fair expression of people power. Fewer substantive issues are up for voting on the state level (down to 146 compared to 226 back in 2006), and the number of initiatives reaching the ballot are down. That is not because citizens aren’t trying to pursue measures: 616 citizens initiatives have been filed in the U.S. on the statewide level, but just 35 will go to voters. Ballotpedia, which tracks these numbers suggests this maybe due “to the dozens of regulations on the initiative process that have been enacted in recent years and making it tougher for initiative supporters.” 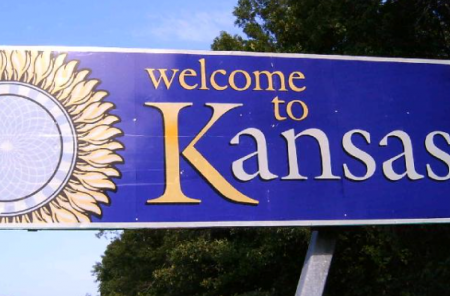 We will start our 2014 Big River of Democracy Tour in Kansas City, which straddles two states (Missouri and Kansas). Kansas is being called the pivotal state in the political battle for the control of the United States Senate. The various meetings across the 2-million-people metropolis will offer us an initial insight and feeling about the current options and limits of people power in America, before we will board our large Tour Bus (offering at least two seats per person…), that will bring us south through Missouri, over the Ozark Mountains and finally to Little Rock, the capital city of Arkansas.

Here, where Bill and Hillary Clinton made their start in politics are highly relevant issues on the November ballot: Direct Democracy (fine-tuning the initiative process): legislative Term Limits (extension from 8 to 16 years), Alcohol (anti-prohibition); and the Minimum Wage (increasing from USD 6.25 to 8.50). The debates around and outcomes of these popular votes will offer us a mirror of how active, intense and democratic people really are involved in making the laws of the ”Natural State” where 3 million people live in an area twice the size of the Czech Republic. Our trip will include a visit to the Clinton Presidential Library and dinner at Bill Clintons favorite resturant, Doe’s Eat Place.

After digesting the results of Election Day, the tour will continue south into the state of Louisiana, reaching New Orleans and the Gulf of Mexico. This will give us a different perspective on the U.S., a state with its very own tradition of governance, and no statewide initiative and referendum. While there will be 14 votes on issues on the ballot – on veterans, taxes, banking, healthcare -- all come from the Louisiana, not citizens. The two days in this heavily French-influenced city of 400’000 people will include participation in cultural events like parades, brass-band concerts and Mardi Grass Indian practices.

A campaign poster in Louisiana (Photo by Bruno Kaufmann)

This year’s US Briefing Tour to Modern Direct Democracy will be attended by a few dozens interested and active citizens from all across the world, including countries like Korea, Uruguay, Bulgaria and the Netherlands. All participants share both an interest and a care in making democracy more democratic and are willing to learn from others and share their own experiences. This very setting should make the Tour a special, educational, and entertaining experience. There are few seats left on the tour. It is (high) time for your to join in. Looking forward to see you in Kansas City on November 3rd.

So  join our board members Bruno Kaufmann and Joe Mathews – an L.A.-based journalist and democracy supporter with a national network – for a first-hand look at citizens’ activities, public campaigns, ballot decisions and civic and media life in the Mississippi River Valley this November.

Text by Bruno Kaufmann, a reporter (editor-in-chief at people2power.info) and globally active supporter of people power. He chairs the Election Commission in Falun Sweden and is – together with Joe Mathews – the co-president of the Global Forum on Modern Direct Democracy, which will take place next in Tunis/Tunisia in May 2015.