Opinion: We need another kind of "war on terror"

Opinion: We need another kind of "war on terror"

By Bruno Kaufmann, board member of Democracy International and editor-in-chief of the online portal people2power.info.

With Christmas and the holiday season just a few weeks away, people crave peace and community. At many workplaces, employees gather for year-end parties – as at the San Bernardino Inland Regional Center in Southern California on 2 December 2015, when an employee of the local department of public health (together with his wife) attacked and killed 14 colleagues and left 21 injured. 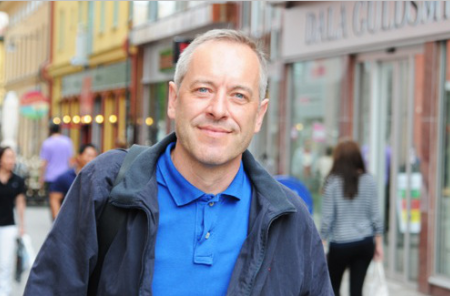 On the day of the attack in San Bernardino I was on the road in neighbouring Los Angeles with my journalist colleague Joe Mathews (also a board member of Democracy Internatioanl the California columnist of Zocalo Public Square) and just about to meet the head of the LA Empowerment department Empowerment department, the coordination office of LA’s 96 neighbourhood councils, to discuss the options and limits of stronger local democracy.

It was a true snapshot of what is going on across the world: we are making our democracies more democratic while at the same time we see our freedoms and achievements shut down by terrorist attacks and the subsequent reactions of government leaders.

We live in a world where, on the one hand, the struggle for power and control reaches new dramatic heights with unilateral actions, not only by terrorist organisations but also by major nation states, and where, on the other hand, a great deal of effort is made to consolidate people power at all levels of government.

The politics of fear

By the end of the week with the San Bernardino massacre (and many similar attacks across Northern Africa and the Middle East), President Obama, British Prime Minister David Cameron, French President Francois Hollande and Russian President Vladimir Putin had announced new bombing campaigns against Daesh (the so-called “Islamic State” or ISIL).

Others used the mass shooting in California as a reason to further limit the hosting of the victims of the violence and counter-violence – refugees seeking a safe haven.

All this created a harsh context for the three-day ByThe People summit – a global gathering of more than 200 community leaders, election officials, academics and experts from around the world at Arizona State University (ASU).

This conference fundamentally questioned the ongoing brinkmanship exercised by political leaders as a reaction to terrorist attacks in the name of extremist religious groups.

“What we need today is an even stronger commitment to make our democracies stronger,” said Jonathan Koppell, the Dean of the ASU College of Public Service and Community Solutions. “We have a growing number of people who do not think government makes sense and democracy is a good thing.”

The promise of citizen power

In all these fields, which are about fostering and supporting active citizenship, expert communities around the world have done a lot of work and reached remarkable results in many places.

Stories told at the ASU democracy conference offered an insight into everything from participatory budgeting in the Transylvanian capital of Cluj to new direct democratic legislation in Colombia to the use of state-of-the-art technology under Greenland’s self-rule.

Yet, many stakeholders still operate in isolation within certain academic programmes, tech projects or limited social movements, creating little reason for political leaders and the broader public to take them seriously.

This fact offers another anachronism when it comes to democratising democracy: while some powerful players set their whole action agenda via conflict, simple language and fear, others – including many in the participatory democracy community gathered in Arizona – tend to avoid confrontation, clear messages and political strategies altogether and prefer to stay in their comfort zones.

Responsible folks on the ground

Therefore, in spite of all the good intentions and aggregated expertise gathered here, there is still a long way to go before the move toward more participation can balance the negative news around the world.

The unfortunate dynamics also include recent elections and referendums, where incumbent presidents have sought to keep power in spite of constitutional limitations, as in Armenia, Ecuador or Burundi.

Luckily there are other examples – seen recently in Burkina Faso, Tanzania, Burma and India – where to some extent people power has prevailed. And there are growing efforts to mainstream participatory procedures and practices in local and regional governments globally.

It is by these other means that the real “war on terror” will be won in the future and sustainably – not by executive orders of commanders-in-chief but by responsible folks on the ground, in families, associations, villages, working places – and on voting day.

Conference "By the People" in US Arizona 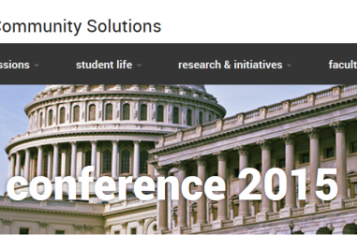 The Participatory Governance Initiative of Arizona State University will be hosting the Conference ‘By the People: Participatory democracy, public...
read more