Jung-Ok Lee is Professor of Sociology at the Catholic University of Daegu and a leading person of Asian-wide democracy networks. She is Minister of Gender Equality and Family of the Republic of Korea.

Ms Lee has been a visiting scholar at Waseda University in Japan and Harvard University in the US. Besides her academic profession, she has been engaged with various public activities both in government and civil society sector.

Currently she has taken the role of presider of public interest activity promotion committee of Seoul metropolitan city and has served as a board member of DMZ life and Peace Valley, Eco Peace Asia, Transparency International Korea and the Women Peace and Security Forum.  Besides her involvement in various regional and international networks, she has also been the chairperson of the Korean Association of NGO studies and the incumbent chairperson of the committee for the International Cooperation of the Korean Democracy Foundation.

Ms Lee co-hosted the 2009 Global Forum on Modern Direct Democracy in Seoul. She has, moreover, organized numerous global forums such as the Peace Agenda & Politics of War Memory (2009) and the Seoul Democracy Forum (2009).

The focus of her work as board member lies on civic education and direct democracy development within Asia.

Check the Democracy Navigator for the instruments of direct democracy available in South Korea, where Jung-Ok Lee is from. 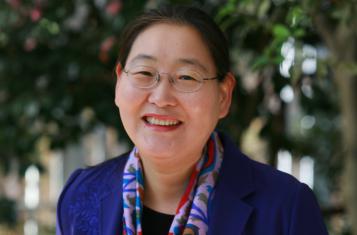 What is our motivation? In this series of interviews, our board members present their ideas of direct democracy and the development of Europe's...
read more