Originally 7 June 2016 was supposed to be the last day citizens could register for the upcoming referendum on EU membership in the UK on 23 June 2016, now the deadline was extended until 9 June due to collapse of the registering portal. Not only are British citizens entitled to vote. Citizens of three EU member states resident in the UK, i.e. Ireland, Malta and Cyprus, can also participate: Irish citizens due to Ireland’s special history with the UK, Maltese and Cypriots as those countries are part of the Commonwealth.

What do EU citizens think about this rule who permanently live in the United Kingdom? What’s their views on the UK possibly leaving the EU? Democracy International has asked two young women. One of them is eligible, the other vote is not allowed to vote.

This is the second part: After interviewing a German not entitled to vote, we now present to you the views of Polyxeni Athienitou, a 26-year-old Cypriot who has been living in the UK for almost four years. Polyxeni came to do her Masters degree in Nottingham and then found a job in London where she has been living since. Currently she works as a data analyst at a hotel group company called Carlson Rezidor. As a Cypriot she will be allowed to vote.

Democracy International: Are you going to vote in the UK referendum?

Yes, I have been registered since I moved to London. Last year I already voted at the Parliament elections.

How do you feel about participating in the vote as a Cypriot?

I feel lucky and I think it is great to have the opportunity to vote in something so important that could possibly have a big impact on our lives.

Do you fear the consequences of a Brexit?

How would these consequences look like for you personally as a Cypriot living in the UK?

Irish, Cypriot and Maltese EU citizens living in the UK are entitled to vote in the referendum, in comparison citizens of all other EU Member States are not allowed to vote. What do you think of this?

I feel privileged, but I think Brexit is unfair to other EU citizens as their lives will change in case of a Brexit also.

I feel that EU citizens are not included in the debate. As far as I am concerned I haven't seen a campaign referring to the consequences that particularly EU citizens will face if Brexit happens. Both campaigns are targeting British citizens referring to the pros and cons of leaving the EU.

What's your bet: Will the UK vote for remaining or leaving the EU?

The decision will be to remain.

More on the UK referendum 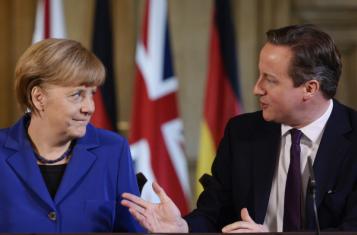 Democracy International in a conversation with Matt Qvortrup, a professor of political science at Coventry University and author of Referendums and...
read more
“The referendum issues just aren’t getting through”