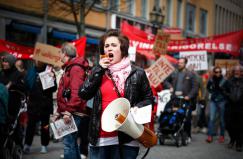 What Switzerland and Europe have in common – and where they differ

Whether on basic income or animal protection, social insurance or basic rights, citizens’ initiatives give the people a voice both in Switzerland and in the EU. And in both political communities, there are discussions about the future of direct democracy. A comparison by Bruno Kaufmann, board member of Democracy International and editor-in-chief of people2power on the occasion of Europe Day.

The European Union has become a bit “Swisser” since April 1, 2012. Since that day more than four years ago, the 500 million citizens of the 28 member states have been able to play a direct role in the EU law-making process. The European Citizens’ Initiative (ECI) is the first ever transnational law enabling direct-democratic participation.

In both cases, the introduction was preceded by concrete social conflicts that cast doubt on the cohesion of the political community. In Switzerland, it was the integration of the largely Catholic inner Swiss cantons in the 1880s. In Europe, citizens’ demands for more direct participation followed negative referendum results on changes to treaties in the 1990s in states like Denmark and Ireland.

After four years of experience in citizens’ initiatives at the European level, it is now possible for the first time to draw comparisons between the two direct-democratic systems. They originate with the same idea, at least in intent: a social minority should have the right to pose a question to the majority – and to get an answer. From this perspective, the citizens’ initiative laws in the EU and in Switzerland address the political rights of minorities and the right to provoke dialogue on a specific issue from a grassroots level – regardless of whether that suits the ruling majority.

One in Three Citizens’ Initiatives ‘Made it’

A comparison of the numbers reveals parallels. Over the past four years in Switzerland, 94 citizens’ initiatives were registered. In 28 cases, the committees behind these initiatives failed to collect the necessary 100,000 signatures within the statutory 18 months. Eight initiatives were withdrawn by their originators. In 26 cases, they got as far as a Switzerland-wide referendum. But citizens and cantons voted in favour of the proposed constitutional changes in just three cases. These were the executive pay initiative (2013), a ban on employment for paedophiles (2014) and an initiative against mass immigration (2014). 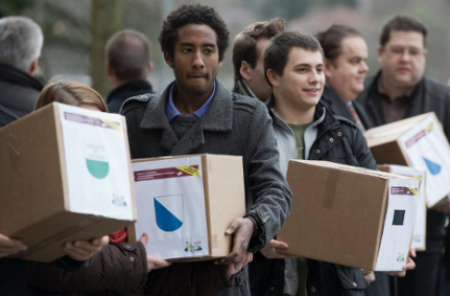 Fourteen initiatives are currently being processed by parliament and the government. After an intensive phase with up to 15 initiatives simultaneously in the pipeline, at the moment there are just four for which the originators are seeking signatures. So in Switzerland there can be no talk of an “initiative avalanche”, a spectre frequently raised by critics of this form of direct participation.

Interestingly, things look very similar on the EU level. In the last four years, 56 European Citizens’ Initiatives were launched. However the authorities (in this case the European Commission and ultimately the European Court of Justice) denied 20 of them permission to collect signatures. Sixteen initiatives failed to collect the required number of 1 million signatures from citizens of at least seven member states within 12 months.

Eight European Citizens’ Initiatives were withdrawn, and only three actually got as far as finally being presented to the European Commission: the “Right to Water” (2013), “One of Us (stem cells)” (2014), and “Stop Vivisection” (2015). As in Switzerland, on an EU level signatures are currently being collected for just four initiatives. In 2012 and 2013 it was at times more than 10.

Early Days in the EU

The citizens’ initiative has clearly lost popularity as an instrument in recent times. The reasons for this are completely different in Switzerland and in Europe. These are very different direct-democratic tools in terms of their strength and function. While citizens’ initiatives on the federal level in Switzerland have accumulated considerable legal and communicative power, the European Citizens’ Initiatives are still at the fledgling stage.

In the past four years in Switzerland, primarily political parties – such as the right-wing conservative Swiss People’s Party – have tried to use the right to initiate legislation as a kind of hammer. They have met with only limited success. In Europe, by contrast, citizens still haven’t understood properly how much they can achieve with this new transnational civic right.

It’s no wonder that both in Switzerland and Europe, the future of the citizens’ initiative is under debate. In Switzerland, questions of the quality, validity and implementation of plebiscites are at the fore. In Europe, on the other hand, the discussion is primarily about strengthening this new direct channel between citizens and institutions. At a recent annual European Citizens’ Initiative Day in Brussels, four of six EU institutions said they favour wide-ranging reform of direct democracy in the EU. These were the Parliament, the Ombudsman, the Economic and Social Committee and the Committee of the Regions.

The EU Council (member states) and the EU Commission, however, are blocking reform. In contrast with almost all the other players, they have no interest in strengthening the role of citizens’ initiatives.

By Bruno Kaufmann, board member of Democracy International and editor in chief of people2power, where this piece was published first, see here.