"People have the right to be heard"

"People have the right to be heard"

What is our motivation? In this series of interviews, our board members present their ideas of direct democracy and the development of Europe's democratization process. They also talk about the key moment that triggered their activism. Here we question our board member Rafael Piñeiro, Professor for Political Science at the Catholic University of Uruguay in Montevideo, Uruguay and President of the Uruguayan Association of Political Scientists.

Rafael Piñeiro: The history of the last 25 years of the XX. century is the history of the expansion of democracy to all over the world. Today democracy is an universal template. Nevertheless, the task of democratising the world is far from being complete. First, we have to fight to take democracy to many countries that yet are not democratic. The second task - as important as the first one - is to deepen democracy in countries and regions that today can be considered as democratic. This implies to give citizens more tools to decide and to act in a collective way to defend their interests and values, to defend their right to govern themselves. 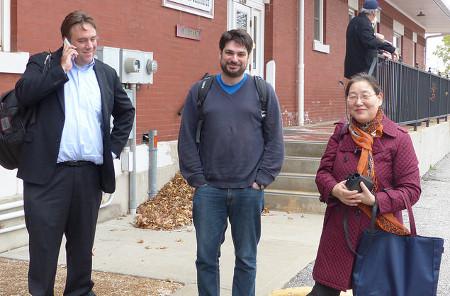 We have to fight to make people, especially those who have less economic and social power, more able to take their voice to the political arena at local, national and international level. The only way to reduce inequality in the long run throughout the democratic process is to provide those with less economic power who already have the capacity to act collectively and to promote the policies they want. This is the only way that democracy can work for everybody and not only for those with enough economic power.

I was born under a dictatorship in an small country in Latin America. When I was ten years old I witnessed how my parents and many others adults fought to realise a  new democracy by referendum and to achieve that human right violations during dictatorship were brought to court. They lost, as people decided against the referendum. But they were able to fight human rights, liberty and democracy. This taught me the value of democracy as the only way to have a free and save life. I cannot understand life since that moment without the commitment to democracy.

I think that it is very important to promote democracy at international level. We have to make citizenship maningful in the regional and international realm. This is a challenging  task because we have to discover the tools and means to do it.

Democracy International and many other organizations, need to break the common sense that democracy beyond national borders can only be warranteed with participation at national level. People have the right to be heard and to act at regional and international level. We need to promote this idea and help people to develop new tools and institutions to realise their ideal of democratising the world.