Since Friday 20 November 2015, New Zealanders can decide in a popular vote whether their country should have a new flag. Until 11 December 2015, voters can choose from five different flag designs that are the top runners of 10,000 proposals that the public had submitted throughout the past months. Then, in a second step, the most popular alternative design will be up against New Zealand's current flag. This vote is scheduled to run from third to 24 March 2016.

Steve Baron, a New Zealand poltical commentator, author and founder of "Better Democracy New Zealand", writes from his personal perspective about the origins of the vote, the tonality of the debate and the reasons for why he thinks that there is not "real democracy" in New Zealand. Steve Barons holds a degree in Economics & Honours degree in Political Science. 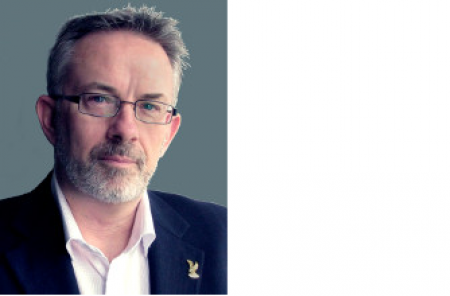 New Zealand was the first country in the world to give women the vote. We are a progressive nation when it comes to politics and in 1996 we even copied Germany by adopting the Mixed Member Proportional (MMP) system of voting. Now we are voting in a Government initiated referendum (plebiscite actually) to decide if we wish to keep our current flag or to change it to one of five proposed alternatives. The referendum will be a two step process. In the first referendum, which is currently underway, New Zealanders will choose between five alternative flag designs. The winning design will then go up against the existing flag in another referendum in early 2016.

Vote initiated by the Government

This issue was a hobby horse of the Prime Minister John Key who has a preference to see the flag changed. While I do not agree with him being able to call a referendum on the flag (in Switzerland only citizens can initiate a referendum) it is a great opportunity to be able to voice our opinion as a nation. It is rather ironic however; that the Prime Minister was not prepared to accept what the public had to say in two recent citizens’ initiated referendums. The 2007 referendum on having the right to smack your children and the 2012 referendum to stop the Government selling State owned assets—both receiving an overwhelming majority of support, but were ignored by the Government.

Emotional arguments on both sides

The flag referendum has created a lot of controversy. Debate has not always been balanced or logical and often emotional - be that in the media or with the matriarch of my family, dear old Mum, who is never wrong about anything. If anyone doesn’t agree with her then the idiot (eldest son) can expect condemnation because there is no way the New Zealand flag should be changed, regardless of any logical argument that might be put forth! Many people believe it is a waste of money as the referendum is costing NZD$26m.

However, in the great scheme of things, this is a drop in the ocean when it comes to an economy the size of New Zealand and probably a small price to pay for democracy. Others do not like the five proposed alternatives. Others believe the current flag is what our soldiers fought and died under.  The Queen of England is still our Head of State and some believe the flag should not be changed while she is still on the throne. While others believe that the current flag is extremely unrepresentative of New Zealand and want it changed—all very emotional arguments.

Conspiracy theorists have come out in droves, particularly those who seek to use the flag debate to highlight their revulsion of the Trans Pacific Partnership agreement which New Zealand has been negotiating with eleven Asian and Pacific-rim countries, including the United States. Mostly left-leaning, if they could not use this issue against the right-leaning government, they would find some other issue. Perhaps Prime Minister Key is a conniving bugger, but at the end of the day we are faced with a decision regardless of why it was proposed in the first place.

A flag as a means of pride and congregation

One thing is for sure, a flag should distinguish us from other countries when it comes to matters of national pride, congregation and competition, be that war or sport. Does our current flag do that? Would any of the proposed new flags do that? This is the decision we must now make. I hope New Zealanders make that decision without emotion, but with commonsense by using our collective wisdom as a nation. After all, the collective wisdom of millions of voters is better than the collective wisdom of 121 Members of Parliament.

Although some might consider New Zealand as one of the more democratic nations in the world, our Prime Minister and his Cabinet colleagues probably have more power than a US President has. They can basically pass any law they choose to and they often do that under Parliamentary Urgency without public debate. Better Democracy New Zealand believes that there is still plenty of room to improve New Zealand’s democracy and have produced a video that explains our concerns in great depth (www.betterdemocracy.co.nz). Our group has also been campaigning for many years to make citizens’ initiated referendums binding on the Government. When the current Citizens’ Initiated Referenda Act was introduced in 1994 the Government chose to make them indicative. To date, past and present Governments have ignored all citizens’ initiated referendums. That is not real democracy.

Democracy International cordially thanks Steve Barron for his contribution.

The Direct Democracy Navigator informs about the legal instruments of direct democracy available in New Zealand.