Netherlands: Campaign for a Referendum Law

Netherlands: Campaign for a Referendum Law

Arjen Niejeboer, Niesco Dubbelboer and activists of the Referendum Platform, the Dutch member group of Democracy International, have successfully campaigned for a referendum law to take effect in the Netherlands. On 15 April 2014, the Dutch Senate approved the Consultative Referendum Law. From the end of 2014 onwards, 300,000 Dutch citizens can trigger national non-binding referenda on laws and treaties (including EU treaties and international trade agreements like TTIP) after these pieces of legislation have been approved by the parliament.

The government has some leeway to decide when the Consultative Referendum Law enters into force, but this is expected to happen around the end of 2014. The monarchy and the budget are excluded from the referenda. While the referendum result is an advice to the parliament, everyone agrees that the outcome is politically binding. According to political culture in the Netherlands popular votes cannot easily be ignored, and it is hoped that a non-binding referendum will create an appetite for more. The new law also opens the possibility that signatures may be gathered electronically in the future.

Although the original law proposal did not contain a turnout quorum, at the last moment, the Social Democrats (PvdA) in the Senate demanded the implementation of a turnout quorum of 30 per cent. “We are against any turnout quorum because they may trigger boycott campaigns and avoidance of publicity and debate by those who have a vested interest in the failure of the referendum”, says Arjen Nijeboer, spokesperson of the Referendum Platform.

The law was introduced already in 2005 by among others Niesco Dubbelboer, co-founder of the Referendum Platform and then parliamentarian for the Social Democrats. Meanwhile Mr Dubbelboer has become director of the Social Democratic party and has been actively supporting the lobbying efforts.

Together with the non-binding version of the law, a constitutional change to allow a binding facultative referendum was also brought into parliament. The Senate approved this proposal in addition to the consultative referendum law. However, this Constitutional change can only go into effect if it is again approved by a two-thirds majority of the parliament after the next elections (scheduled for March 2017). This two-third majority seems currently unlikely as both the Christian Democrats (CDA) and Liberals (VVD) are against any referendum. That is why both a binding and a non-binding version was initiated.

The campaign was supported by Mehr Demokratie e.V., the Dutch Arnaud Joannes Foundation and private donations.

Dutch parliament soon to vote on introduction of facultative referendum 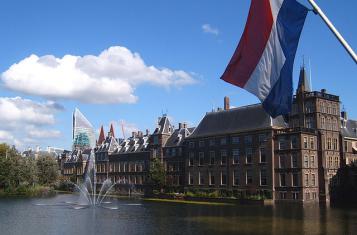 The introduction of the referendum at national level is not only a hot topic in Germany these days, strongly being campaigned for by democracy...
read more