Democracy International’s General Assembly was held on 29 September 2018 in the wake of the Global Forum on Modern Democracy in Rome, Italy. The assembly took place in the historic setting of  Palazzo Senatorio at Piazza del Campidoglio which today houses the municipal authorities of Italy‘s capital.

Some of the highlights of the activities report were the European Public Sphere discussions held in several locations in Western Europe to address critical needs of national and supranational democracy throughout the European Union, the on-going civic campaign to reform the European Citizens’ Initiative – the world’s first transnational tool for participatory democracy, which in six years of existence regretfully has not proven very efficient at impacting European policies.  Democracy International has also contributed to the overall civic effort in the EU, specifically the Transparency Report, aiming at more robust sunshine rules regarding lobbying so as to improve accountability of the representative institutions of the EU. These activities will of course continue in the next activity period as they are part of an uphill battle for more democracy and good governance in Europe.

Europe has been and will most probably continue to be the major focus of Democracy International’s work in 2019. This has been both appreciated and criticized by members who were looking forward to greater outreach and internationalization of operations. In fact, Democracy International has been trying to become a more outward-looking organization and make more of its intended role of a global democracy platform by appointing a special International Program Manager and investing time and money in a new project – the Global Democracy Community Hub. It is an online platform meant for activists, experts, researchers working on direct and participatory democracy to get connected and exchange information and ideas. The concept had been tested with participants of the Global Forum on Modern Direct Democracy in the days preceding the General Assembly and should soon be ready for launching.

Democracy International has also established itself as an international convenor of diverse constituencies working on issues of democracy by co-producing and co-organizing events - from big ones such as the Global Forum on Modern Direct Democracy to smaller ones such as this year’s “Political Culture and Active Citizenship” conference in the University of Wuppertal, Germany. Next year’s Global Forum on Modern Direct Democracy is already in the making and will be hosted next October by the City of Taichung, Taiwan.

But such global tasks should be matched with increased and diversified funding. The General Assembly discussed opportunities to raise the additional funds needed to accommodate more ambitious global programming and outreach. The annual budget of Democracy International for 2019 totalling to 390,040 EUR was put to vote and approved by the Assembly. Providing additional resources for the organisation will rely very much on individual board members and their ability to attract donors and partners.

A new Executive Board has been elected at the General Assembly. Most of Democracy International’s incumbent Board members stood for re-election, namely Daniela Bozhinova (Bulgaria), Bruno Kaufmann (Switzerland/Sweden), Jung Ok Lee (South Korea), Joe Mathews (USA), Erwin Mayer (Austria), Suresh Nautiyal (India), Arjen Nijeboer (the Netherlands) and Daniel Schily (Germany) – all of them were re-elected. Two incumbents - Gerald Haefner and Rafael Pineiro had decided to step back, so as to take on a larger role in community service and academia. Democracy International is deeply thankful to them for their valuable contribution over the past few years. Mr. Haefner had played a key role in establishing the organization back in 2010 and Mr. Pineiro had been instrumental for Democracy International’s outreach in South America. We wish them success in their new endeavours.

Two new members have been elected to the Board and its 10-member structure has been kept. The new Board members are Mr. Dane Waters from the USA and Mr. Mehdi Ben Mimoun from Tunisia. Mr. Waters is a prolific writer and researcher of direct democracy and has worked on 60 ballot measure campaigns as well as several presidential campaigns in the US. Lately, he has been using his diverse experience and skills to help elephants and their survival globally. Mr. Ben Mimoun brings to the Board the experience of a new and fragile democracy – that of Tunisia, as well as a wealth of knowledge as a full professor of agronomy at the University of Carthage. He has been an active member of Democracy International for many years, who has organised the 2015 Global Forum on Modern Democracy in Tunis, Tunisia.

Democracy International Board members are elected for a 3-year term, no term-limits apply.

We hope under the newly elected leadership and with the professional and committed staff Democracy International will strive to much greater heights and achievements in the future.

Daniela Bozhinova, Coordinator of the Board

Meet our new Board members here: 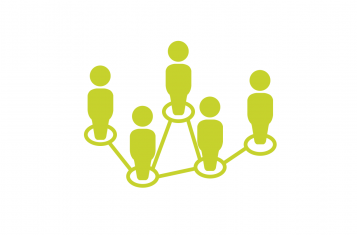 The Board works with the Council to set Democracy International's strategic course.
read more
Cities commit to greater democracy in historic Magna Charta 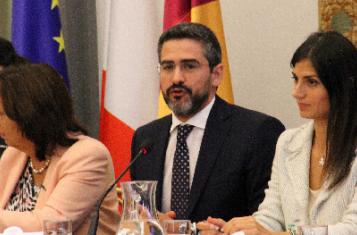