A Dutch direct democrat on the Ukraine Referendum

A Dutch direct democrat on the Ukraine Referendum

On 6 April 2016, the first national citizen-initiated referendum in the Netherlands was held. With a turnout of 32.2 percent, 61.1 percent of the Dutch voted against ratifying the Association Treaty that the EU wants to conclude with Ukraine. The referendum was made possible through a new facultative referendum law that has been in place since July 2015, and for which Meer Democratie has been campaigning for years. 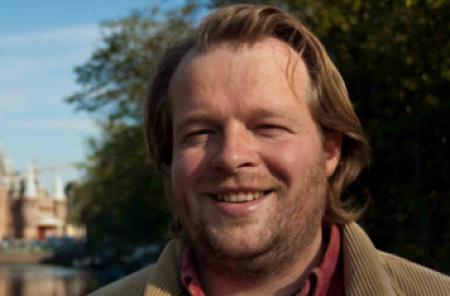 Arjen Nijeboer, co-founder of the Dutch direct democracy organization, reports from his perspective as a campaigner how the referendum came about, the process and the arguments made.

The referendum was triggered by a coalition of the eurosceptic Burgercomité EU (Citizens Committee EU) and Forum voor Democratie (Forum for Democracy), aided heavily by the hugely popular blog GeenStijl.nl. During the drive to gather enough signatures (at first 10,000 in four weeks, then 300,000 in six weeks), this blog called on their loyal followers every day on its homepage to sign.

Moreover, GeenStijl developed an app to sign online for the referendum. Officially this was not allowed, all signatures had to be handed in on paper, but the GeenStijl app allowed you to “draw” your signature with your computer mouse, of with your finger on a mobile phone. GeenStijl then printed all these signatures on the official paper forms and brought them to the Electoral Council (Kiesraad). This process is still far from perfect, but at least online signature gathering is a reality now, and it may lead the government to install an official method of online signature gathering instead of the ‘workaround’ that GeenStijl developed.

Even so, the current non-binding referendum has a minimal turnout quorum of 30 percent, but as this has been met, the referendum is valid. 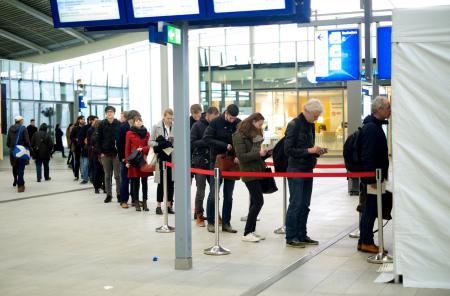 The initiators made it quite clear at times that their focus was much broader than the EU-Ukraine treaty. GeenStijl said it was concerned about the level of democracy in the Netherlands and the EU, and the Burgercomité EU said that for them, the referendum was about stopping further enlargements and their end goal was leaving the EU.
Nevertheless, they came up with an array of arguments against the treaty. According to them, the association treaty brought a full membership of the Ukraine nearer.  The Ukraine treaty was a main factor in the civil war that was plaguing Ukraine, and Dutch citizens would be drawn into these and other problems if they associated more with the Ukraine. As Corruption was high in the Ukraine and as wages were very low, this would have all kinds of consequences for EU member states, including false competition on labor “markets”. The Netherlands would also get more problems with Russia, because it never accepted that the Western sphere of influence would move up directly to the Russian border.

The arguments of the yes-campaign were mainly focused on increasing trade with the Ukraine, and that the Netherlands should support the progressive forces in the Ukraine that wanted to end corruption and oligarchy in their home country, which they admitted were indeed major problems. The yes-campaign pointed out that an association treaty did not necessarily mean a full EU membership of the Ukraine in the future, since the EU had such treaties with several states that would never lead to a full EU membership. Also, the yes-side pointed out the EU would be destabilized by a no-vote. Some even predicted a huge EU crisis this case.

It was clear everybody had to get used to the new instrument. Dutch referendum campaigns, like election campaigns, are very short in international comparison. The real debate only flares up four weeks before a vote. It would be good for the process if this would change. However, this is not so easy to do, as it has been a tradition that everybody is used to.

The role of the official Referendum Commission was criticized, as the process to request subsidies was complicated, too short, and quite intransparent.

The main thing however, is that the minimal turnout quorum proved to be a difficulty. Especially many progressives called for a boycott of the referendum, partly because of dislike of GeenStijl and the other initiators of the referendum. These progressives hoped the referendum would be ruled invalid if not enough voters turned up. After the referendum now it is clear to everyone that such a turnout quorum has many negative side effects, including a distortion of the outcome. On the one hand, it is good that the shortcomings were realised. Yet on the other hand, some academics and our interior minister, Plasterk, now advocate an approval quorum. This means that the majority that votes No should at the same time encompass 25% of the whole population. This would make boycott campaigns by the yes-side meaningless, but it still has many other negative side effects and these are not recognized yet.

The Dutch government now has to reconsider its support for the association treaty. A majority in parliament has stated that the government has to respect the outcome of the vote. But this can mean many things. The government is in a difficult situation as already 26 of 27 EU member states have ratified the association treaty, and they will resist attempts to renegotiate as the whole process will then start again(there have been eight years of preparation for the EU-Ukraine treaty).

This means the Dutch government will probably settle for getting some kind of opt-out, guarantee or declaration on some issue that came up during the debate. Then they will declare that they respected the referendum outcome and the association treaty will enter into force.

This is not to say that the Dutch referendum does not make a difference. If the referendum had only been held on a Dutch law, the government would probably have withdrawn it. Now the government’s room for maneuvering is small. This is almost entirely a problem of the rules governing the EU, and the Dutch referendum and similar referendums elsewhere point their finger at these problems. And as it looks like, these problems are not going to be solved anytime soon.

Arjen Nijeboer is co-founder of Meer Democratie, the movement or more direct democracy in the Netherlands and partner of Democracy International. The viewpoints expressed in this article reflect his personal ones. 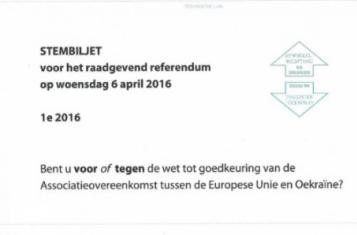 On Wednesday, 6 April 2016, 62 per cent of Dutch voters decided in a national referendum to reject the EU-Ukraine Association Agreement, while 38 per...
read more
First citizen-initiated referendum in the Netherlands 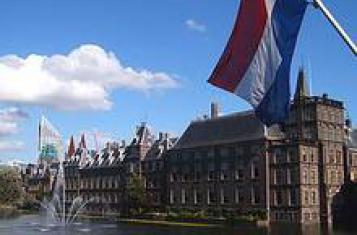 On Tuesday, 15 April the Dutch Senate approved the Consultative Referendum Law. From the end of 2014 onwards, 300,000 Dutch citizens can trigger...
read more