"Thank you so much to everybody who made a donation for the ECI App. I am so happy that so many people support my project, and that the funds got...

Great news: On 10 August we reached the required sum of 2353 Euros to finance an ECI app for mobile phones run with iOS. We fundraised the amount within 6 weeks. Many many thanks to everybody who made a donation. You helped realising more successful European Citizens' Initiatives in the EU!!!

According to Elisa Bruno, signature campaigns for a European Citizens’ Initiative (ECI) need to go hand in hand with the latest software innovations. It is her firm conviction that Brussels’ powerful politicians will never be beaten unless mobile devices are deployed for democratic gain. The young Italian woman from Turin spearheads the ECI support centre, a not-for-profit service based in Brussels.

Elisa’s job is to raise awareness for ongoing European Citizens’ Initiatives and to advise ECI organisers so that the ECI is accessible to as many citizens as possible. The ultimate goal of the European Citizens’ Initiative is to influence the course of EU policy-making by submitting a law proposal. For this to happen, an ECI requires one million signatures spread over at least seven EU Member States. The signatures need to be collected within twelve months, either online or on paper. Overall, these are pretty tough hurdles enshrined by EU law.

Elisa Bruno has seen many European Citizens’ Initiatives not passing these barriers. Ever since their launch on first April 2012, no less than 22 citizens’ initiatives were registered with the European Commission. Yet only three ECIs managed to cross the one-million-threshold.

Amongst those is the well-known ECI “Right2Water”. Carried by a strong alliance of trade unions across Europe, Right2Water succeeded in excluding the liberalisation of water supply from the planned EU law on concessions. All other 19 ECIs (yet) did not make it due to insufficient support!

For Elisa Bruno, who has set up the ECI Support Centre and written her Master’s thesis on the ECI back in 2011, there have been “far too many” failures along the way. This experience showed her that there must be much more user-friendly ways of signing an ECI. 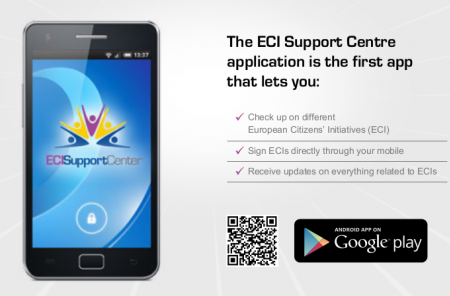 To this aim, Elisa recently had a ground-breaking idea: an app that would make it possible to sign an ECI via a smartphone. Given that 150 million people already use smartphones in the five big EU countries (France, German, Italy, Spain and the UK) combined, this user-friendly innovation promises to significantly boost the number of ECI signatories.

Vassilis Perantzakis, a Greek software expert, kindly agreed to develop the app in question pro bono, which is now avalaible free of charge. However, his version only runs on Android software, so millions of iPhone users are sadly left out of the loop. A similar app for the software of iphones (and ipads) would cost Elisa Bruno all of 2353 Euros to develop. Also a small donation will help equipping the ECI with hi-tech democratic devices!

Right now, many more ECIs are in the pipeline, most notably the ECI on repealing the European Commission’s negotiating mandate for the Transatlantic Trade Investor Partnership (TTIP). Please help, your donation will contribute towards the European Citizens’ Initiative’s success.

The ECI support centre is a joint initiative of Democracy International, the European Citizen Action Service (ECAS) and IRI Europe. 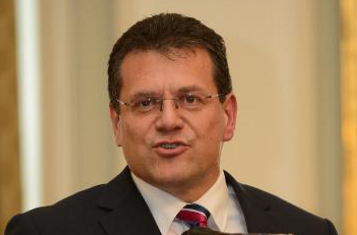 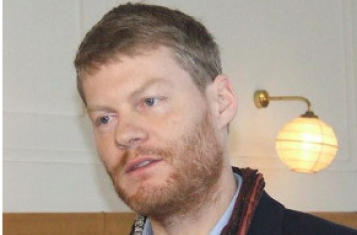 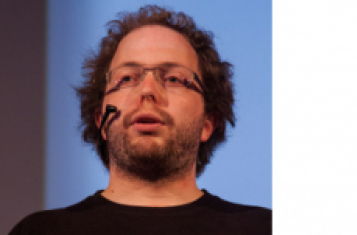 Smári McCarthy is an Icelandic/Irish software developer and information activist. He is a board member of the International Modern Media Institute...
read more