Csaba Madarasz, a political activist from Budapest and member of Democracy International, had organised for us our stay in Hungary's capital. From 6 - 9 April we enjoyed a rich programme of sightseeing, political debate and exchange with Hungarian civil society groups. 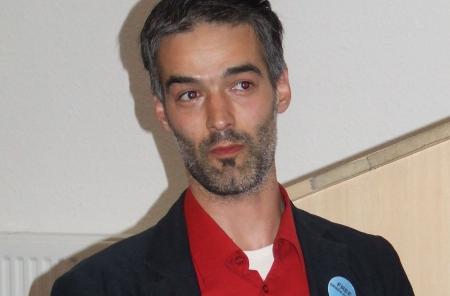 Sebastian Frankenberger, a professional guide and a member of Democracy International, explained to us the history of Budapest in a playful way. He asked us to adopt historic roles and to perform them spontaneously. Doing so, we had a lot of fun. 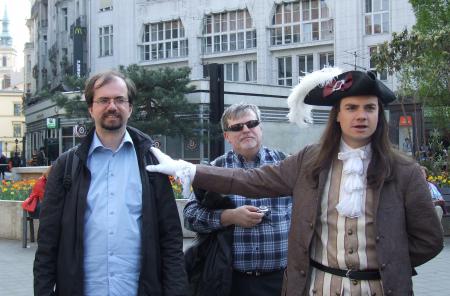 In the evening we listened to Dr. Zóltan Tibor Pállinger, Professor at the German-speaking Andrássy University, making a presentation on direct democracy in Hungary. He explained to us that the participation and turnout quorum were highered enormously when Prime Minister Victor Orban introduced the New Basic Law, enacted in 2011. For example, the turnout quorum changed from 25 to 50 per cent. Also Mr. Pállinger criticised that no objective information was made available before a referendum took place. 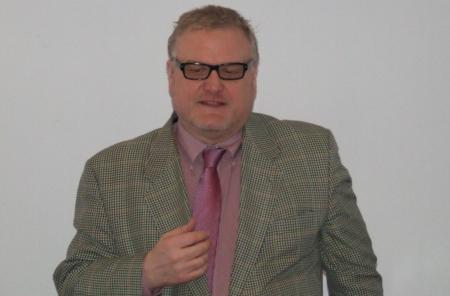 Mr. Pállinger's presentation was followed by a discussion with young academics from Budapest. They explained to us their view on the political situation in Hungary one day after the parliamentary elections. They were rather depressed, seeing no strong opposition in Hungary. Being asked what they could change if they had the chance to, they came up with these points: E-democracy should be introduced, the turnout quorum should be lowered to 25 per cent again, and people should have the power to change parliamentary decisions through the facultative referendum (which in Hungary still needs to be introduced). 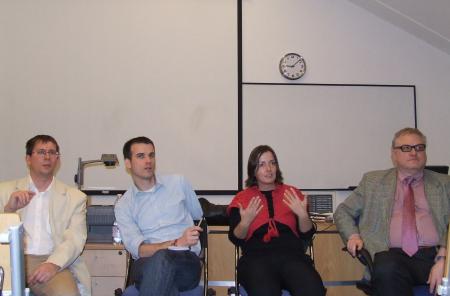 We started the day with a tour through Hungary's parliament, the largest building of Hungary and one of the biggest parliaments in the world. The building was inaugurated in 1896, at the 1000th anniversary of the country. We saw a lot of gold in the hall where Victor Orban and Hungary's 199 newly elected deputies soon will hold their session. 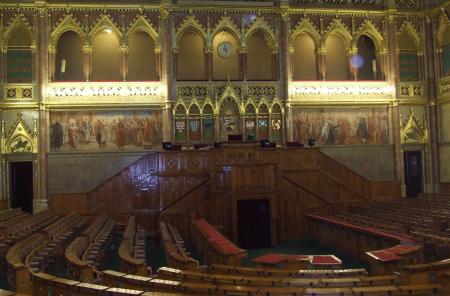 Two hours later we found ourselves in the co-working space "Múvelodési Szint" (Artistic Community Level) in the top of an old shopping mall. Young people, civil society activists and artists work here and socialise together. We held an open space session, engaging in discussion on topics such as the philosophy of direct democracy, the EU candidate check and the setting up of a strong database when campaigning. 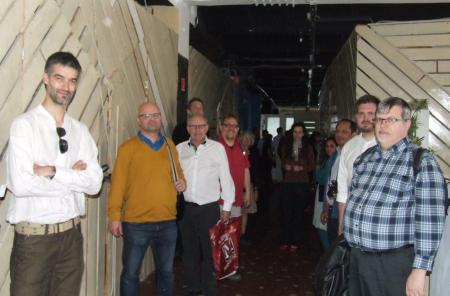 After all, the Danube Democracy Rally came to an end in the morning of Wednesday, 9 April 2014. Three capitals within 9 days, 80 people altogether who joined us on our way along the Danube, engaging in political discussions and personal exchange. We learned an awful lot, we saw many many things. We cordially thank the many people who helped us and participated. Many hands made this Danube Democracy Rally work!