The popular vote in Greece on the bailout terms on 5 July 2015 demonstrated the incompatibility between national democracies and international economic governance regimes. A reason for Democracy International to demand proper forms of modern direct democracy in both Greece and Europe - and to make the EU fully democratic.

On Saturday, 27 June 2015, the Greek government had announced to hold a ”referendum” on the Troika’s reform proposals. Yet, in terms of modern direct democracy, this move was higly problematic for several reasons. First, there is basically no institutional and cultural context in Greece: the last nationwide vote on substantive issues dates back to 1974, when the Greek people had to decide whether to replace the military regime with a monarchy or a republic (and subsequently opted for a republic). Second, ”plebiscitarian” features dominated in this vote: the ruling power in Greece decided to ”delegate” the vote to the people without allowing sufficient time for deliberation and comprehensive information.Third, the plebiscite-referendum clearly showed also the European Union’s lacking political will to establish democratic infrastructures on all political levels.

”In the EU it is simply not enough to refer to things we do not like such as war, violence, or human rights abuse. We need much more political will, resources and time to establish and develop sustainable democratic infrastructures on all political levels. The EU Treaty establishes direct citizens’ participation as a fundamental pillar of modern democracy. So it is high time to take the proper democratic functioning more seriously and to actually implement adequate long-term democractic and inclusive instruments, such as a democratic European Convention and a properly-functioning European Citizens’ Initiative”, commented Bruno Kaufmann, board member of Democracy International, ahead of the vote.

Article 11 of the ”EU Lisbon Treaty” establishes direct citizens' participation as a fundamental pillar of modern democracy, including a European Citizens’ Intiative that allows more than one million citizens to submit a law proposal to the European Commission. Article 48 of the EU Treaty foresees a European Convention when the core legal fundamentals of the European Union are concernced. In the format of an open, democratic and transparent assembly, politicians, citizens and stakeholders could commonly debate and decide on Europe’s future.

If these articles of EU law would have been implemented properly, Greece and Europe would not be in this very different situation today. So EU leaders must learn from this and make European democracy truly democratic - in view of the drama currently unfolding in Greece and Europe this conclusion marks the impetus for a democratic revolution - if not by the politicians, then by the people.

Text and photo by Cora Pfafferott

What will we tell our grandchildren? 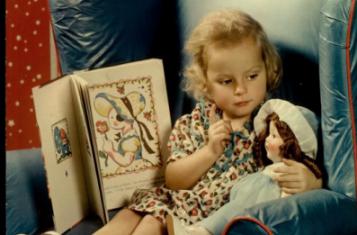 At this very moment, history in Europe is being written. The future of the European Union is being haggled and gambled over in a state of panic and...
read more