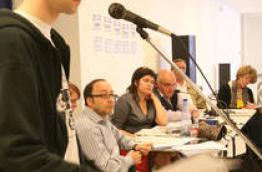 08-05-2006
European Social Forum 2006
From May 4th to 7th, 2006, the 4th European Social Forum (ESF) was held in Athens, Greece. Andrew Tompkins and Thomas Deterding flew there from Berlin to represent Democracy International and to urge other organizations to push for direct democracy in the European Union. Below...
Plus 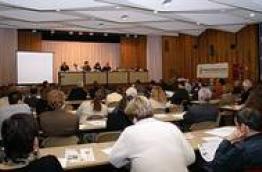 01-03-2006
Berlin: More Democracy
Berlin is not only the capital of Germany it is also a federal state, with its own state-legislature (the Abgeordnetenhaus or House of Representatives) and parliaments in the twelve districts of the city. On both levels, initiative and referendum(rights or procedures) have been...
Plus
17-02-2006
Keynote speech by French Minister
French interior minister Nicolas Sarkozy has given a remarkable keynote speech in Berlin. He described his ideas for the future of the EU and its constitution.
Plus

07-02-2006
The Netherlands introduce Citizens' Intitiative
Today (7 February 2006) the Second Chamber of the Dutch parliament has introduced the citizen initiative right at the national level.
Plus 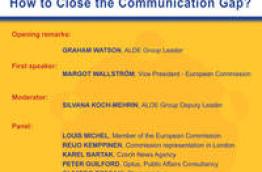 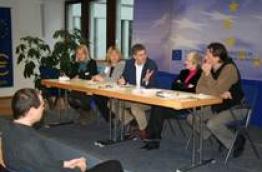 30-01-2006
Democratising Europe: The role of direct democracy
Conference on direct democracy in Berlin - Mehr Demokratie organized the third regional conference of the Initiative for Europe – A Citizen’s Agenda project.
Plus 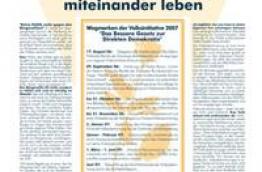 15-01-2006
Surprisingly close to reality: A visit to a vocational school
Stephan Lausch reports about his alternative approach to teach democracy in South Tyrol. The article was published in the newspaper "Demokratie Direkt (Jg. 5/9, 1/2006)".
Plus
16-12-2005
Alliance for democracy
A lot of European NGOs are interested in promoting the European Citizens’ Initiative. Currently Democracy International and AEGEE Europe are investigating the possibilities for a broad campaign to promote more democracy in the EU. A first meeting was organised in The Center (...
Plus 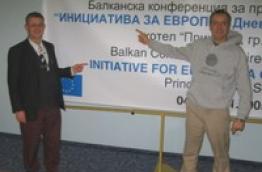 30-06-2005
Country update
Cyprus Cyprus has ratified the EU constitution after its parliament approved it on June 30. Thirty deputies voted in favour of the treaty, 19 voted against and one abstained. Most of the no-votes came from the communist camp. Cyprus, which is one of the ten new EU members...
Plus