Democracy International cordially invites all journalists to come to the Dome for Democracy in Bratislava on 15 / 16 September. The Dome is to demonstrate that there is urgent need to make the EU more democratic.

The event occurs while the 27 EU Heads of State or Government will meet in the Castle of Bratislava on 16 September to define new priorities for the European Union. 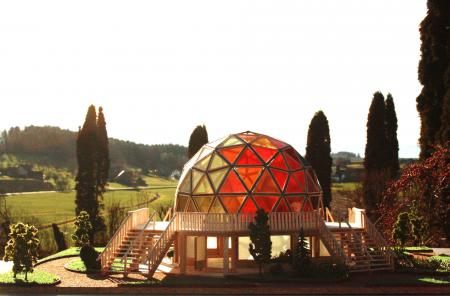 In the morning of Thursday, 15 September, citizens will build a “Dome for Democracy” in Bratislava (Galerie Statua, Zámocká 47, 811 01 Bratislava, 8 minutes by foot away from Bratislava Castle, where the EU Heads will meet).

In this transparent wooden structure, citizens from Slovakia, Austria, Germany and other EU countries will spend two days discussing what kind of future they envision for Europe and how to make the EU more democratic and transparent. The central call is the initiation of an EU Convention - a constituent assembly as provided by Article 48 of the Lisbon Treaty - in which politicians together with citizens and civil society should jointly reflect on the future of the Union. The dome in Bratislava is to symbolise such a democratic Convention on the future of Europe. Since 23 June 2016 - when the majority of British people voted to leave the Union - more than 58,000 people from right across Europe have signed Democracy International’s petition “Democratic Europe Now”, appealing to the members of the European Council to call for the initiation of a Convention for democratic reform of the EU.

Democracy International cordially invites you to attend these gatherings at the Dome for Democracy in Bratislava.

10:00 – 11.00: Special Occasion for the press to speak with involved citizens and activists
11.00 – 13.00: Input by Andreas Gross, Swiss expert on modern democracy, "A federalistic constitution and a founding European referendum as the way to renovate the EU"
13:00: End.

Democracy International will submit the 58,000+ signatures to the members of the European Council on Friday, 16 September 2016.