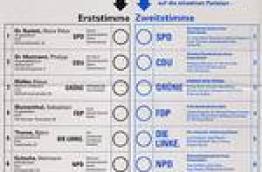 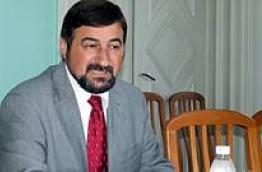 14-07-2012
Big hopes and good news
“Burgas is the capital of direct democracy in Bulgaria!” – with these words our President Gerald Häfner concluded tonight’s welcoming speech of our summer academy to an audience of more than 50 people. Following today’s meeting of our pre-tour we have reason to base Gerald...
read more 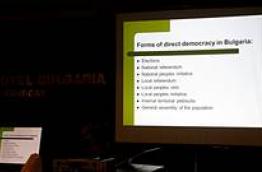 12-07-2012
A community unites...
Today was the first day our summer academy 2012 in Burgas. And this day already held a very special highlight: As part of the pre-tour we learned how a small community holding tightly together can stop the business world, which had intended to build a massive oil pipeline...
read more 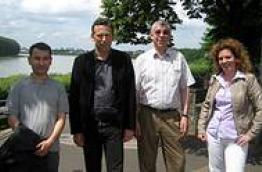 06-07-2012
Connecting facts and figures
Today, A. Solijonov from Stockholm-based Institute for Democracy and Electoral Assistance (IDEA) visited our office in Cologne to discuss ways of collaboration in our empirical research.
read more
02-07-2012
German citizens demand referendum on ESM and fiscal treaty
On Friday 29 June 2012, the German citizens’ alliance “Europa braucht mehr Demokratie” (Europe needs more democracy) and more than 12,000 citizens have lodged a complaint with Germany’s top Constitutional Court in Karlsruhe to hold a referendum on the European Stability...
read more 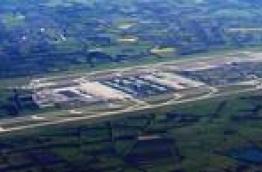 20-06-2012
Airport Munich: citizens against third runway
On Sunday 17 June one third of Munich’s residents participated in the decision whether a third runway should be built at the airport of Bavaria’s capital. According to the preliminary final result 54,3 % opposed the infrastructure project while 45,7% voted in favour.
read more 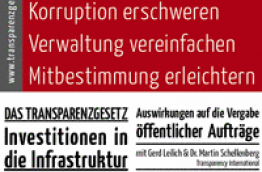 18-06-2012
Parliament of Hamburg opts for more transparency
Following an initiative by citizens and political parties, the parliament of Hamburg voted in favor of a proposal for more transparency on 13 June 2012, meaning more open and accessible information on Hamburg’s legislation and administration.
read more
11-06-2012
Fair Roaming: an example of a successful citizens’ campaign
The pan-European campaign "Europeans for Fair Roaming" was founded in 2010 to call on all EU institutions to finally put an end to unfair roaming prices. The campaign’s goal is to make mobile phone roaming across Europe as cheap as domestic phone calls are.
read more 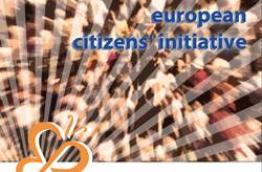 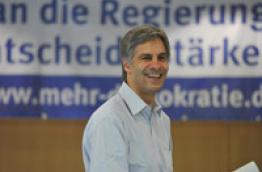 22-05-2012
ECI - rules for Hearings adopted in European Parliament
Hurrah, The citizens can start now. They can make use of the first instrument of participatory democracy ever on a transnational level.
read more